The World we Live in…..and our crazy differences

I have a curiousity to see how people in other parts of the world live and love watching various food & travel shows such as “HGTV’s House Hunters International”, and now the newest one that’s caught my attention and I’m finding absolutely facinating– “Living Abroad”. The first episode featured American’s in Dubai. WOW! They talked about things I wouldn’t have even thought about. One family lived in the city near the edge of the desert and had a beautiful home and one of the problems they encountered was the amount of sand that would blow in under the doors etc. They said there’s been times they’ve come home to PILES of sand throughout the entire house. I can’t even begin to imagine coming home to THAT mess 😦

Here’s the blurb on it:

“HGTV’s Living Abroad picks up where House Hunters International leaves off, showing how Americans actually live in a foreign city. Host Chi-Lan Lieu gets to know each family and uncovers what it really takes to make the move and adjust to everyday life in a completely foreign land. Should you buy or rent a house? How do you find adequate kitchen appliances and furniture? What about the language barrier? What type of school will the kids go to? Before you pack your bags, see how others have tackled Living Abroad.”

Here’s a few interesting takes on how the process in doing the show in Dubai was by bloggers “Hello Dubai” and “This Expat Life of Mine!”.

The above TV shows give an overview on what kind of housing you’ll see in other countries as well as lifestyle. Food is always something that can throw a person into culture shock (I’m thinking Fear Factor variety).

I remember watching a tv program that was on food in other countries (wish I could remember what show). One particular clip that sticks out in my mind was set in an Asian country (can’t remember which) and it showed a family out at a restaurant and a plate of live baby octopus being delivered to the table. I watched in morbid facination as one of these creatures squiggling off the plate and was quickly snapped up by chopsticks…the tentacles were then expertly wrapped around and stuffed into the receipiants mouth….the whole time it struggled. WOW. Another stick in the brain food memory was of a place in Vietnam where people would head into the jungle on a collecting mission. They were collecting HUGE spiders…not just itty bitty spiders, but the kind that when roasted (as in this case), the legs could be gnawed on. Horror of horrors…that will NEVER be my idea of a snack! These tidbits after being cooked up would then be sold roadside in bags to be enjoyed later.

Don’t think that weird food is just outside North America (yes, I get that weird is relative…but for me this stuff is). There’s a show I’ve come across called “Bizarre Foods America“.
Here’s the write up about it:

“Bizarre Foods America is back with another helping of stateside adventures as chef, writer, and culinary explorer Andrew Zimmern continues his quest to taste the weird and wonderful foods that can be found right here in the US. So whether it’s baked muskrat in Baltimore, deep fried piglet testicles on a hog farm in Iowa, or fermented fish eggs with Native Americans on an island in Alaska, Andrew is ready to tempt and test his palate without ever leaving his homeland!”
Yup. I love watching these shows 😛

Now this is what gets ME excited…..!! 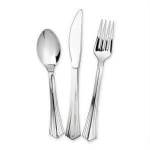 Travel gives me inspiration, yet home needs to be a sanctuary. Live in what you love ♥
View all posts by The Inspired Nester →
This entry was posted in Life Journeys, travel, Vacation, World and tagged Dining Out, Eating, Exotic, Food, Foodie, HGTV, Home, House Hunters International, Life, Living Abroad. Bookmark the permalink.