Posted on December 2, 2016 by The Inspired Nester

How does one prep for a trip to England?  Why you blitz thru episodes of Downton Abbey of course!  Which is what I did prior to a trip we had taken 2 years ago (late in posting but I’ll get over it)…… 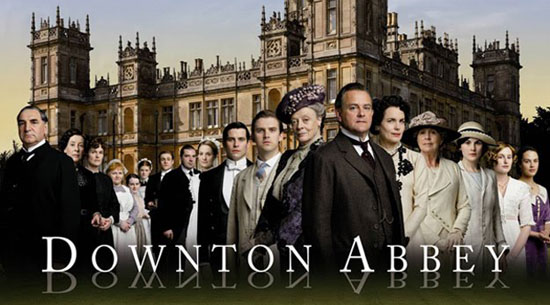 What quickly grabbed my attention was the beautiful and romantic backdrop of Downton Abbey (Highclere Castle), the wonderful story lines, and of course….those AMAZING outfits! 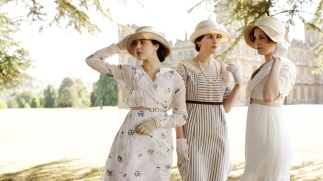 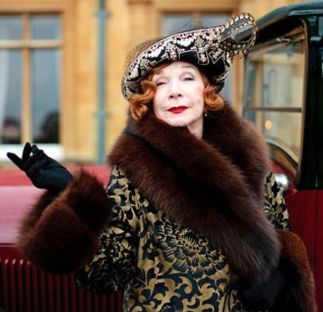 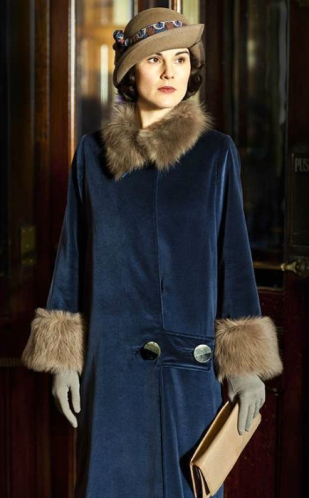 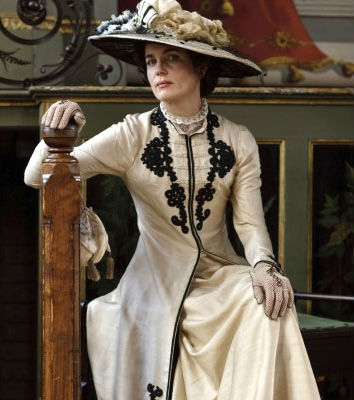 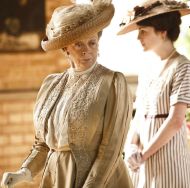 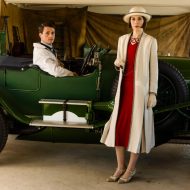 Ok….now I HAD to see it in person!  Only they close to the public after the summer season. Not to be put off by this, I emailed them and received information back that Highclere would be putting on a Christmas Fair sometime in early December; but as of yet dates were not firm.  So I planned our itinerary in the hopes of being there for the Christmas Fair and stalked the website so I could grab the tickets as soon as they showed up online for purchase.  After a few months of waiting……OMG! I got our tickets! 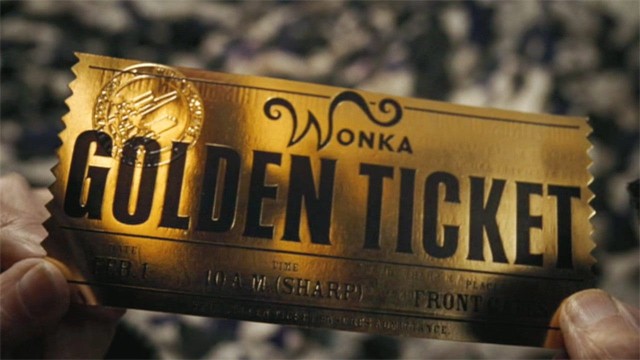 Once we were in England we enjoyed touring London, Bath (“Hello!” Jane Austen fan here!), and the fairytale Cotswolds with its stone cottages and thatched roofs.

When time came for the “Downton” portion of the trip we stopped into a few memorable film locations which was a lot of fun. 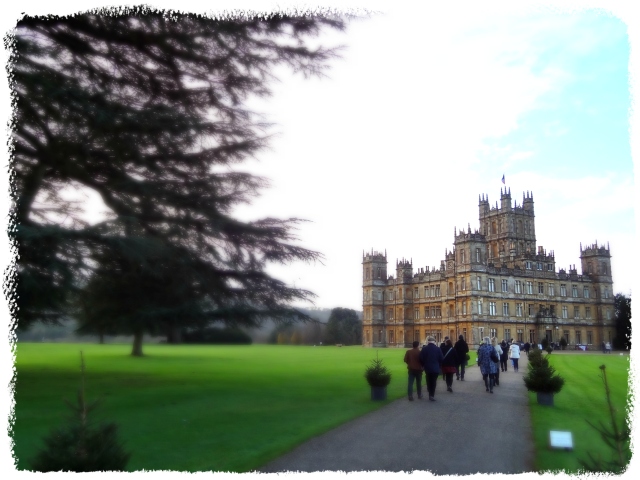 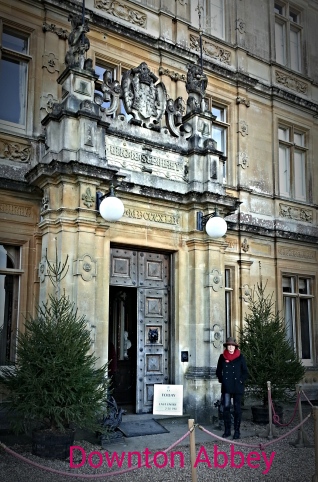 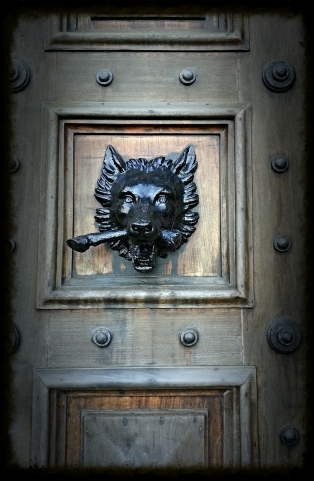 Unfortunately photos were not allowed inside, but it had a homey feel with photos of the real owners on display which I found nice to see.

For millinery fashion with a Downton Abbey vibe, Peak and Brim designer hats was one of the booths at the Christmas Fair Market.  I walked away with 3 🙂

After all the shopping inside, I trekked over to the Highclere Castle gift shop (and came out with a few more things that I had to have) 😉 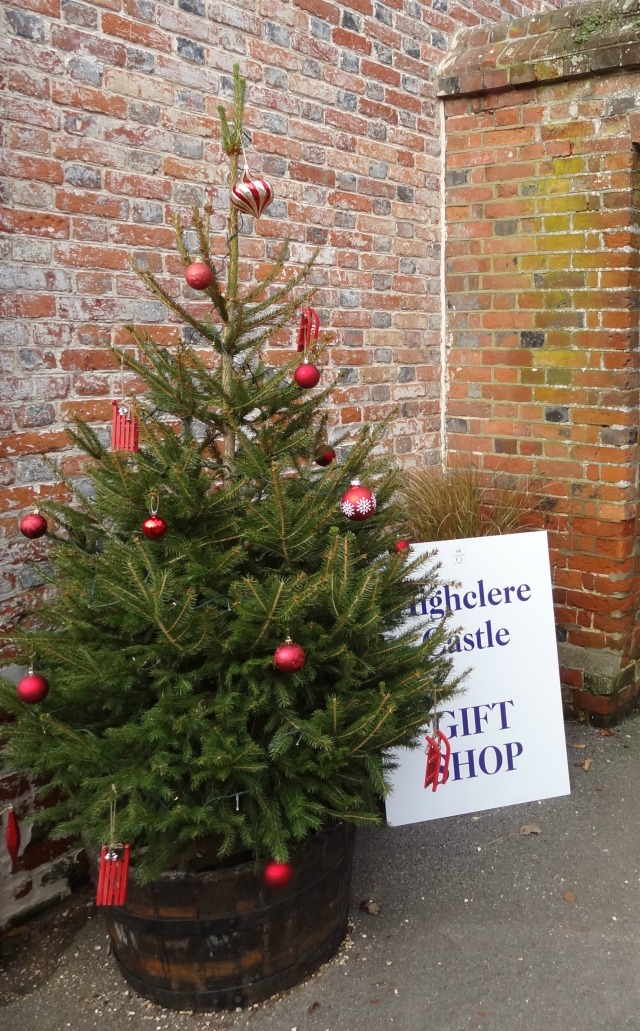 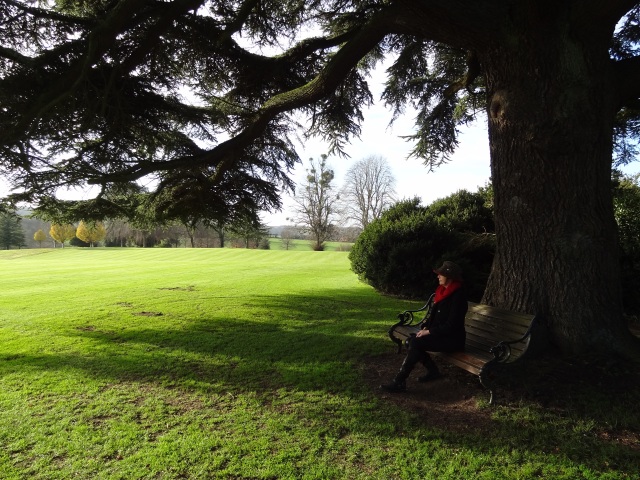 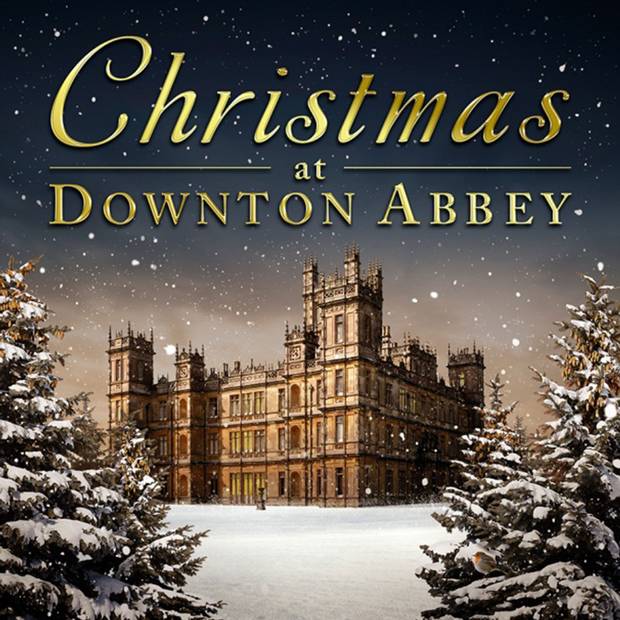 Also an ode to another fun period show Mr Selfridge.

Travel gives me inspiration, yet home needs to be a sanctuary. Live in what you love ♥
View all posts by The Inspired Nester →
This entry was posted in Holiday, Humour, Vacation, Video and tagged Christmas, Cotswolds, Downton Abbey, England. Bookmark the permalink.